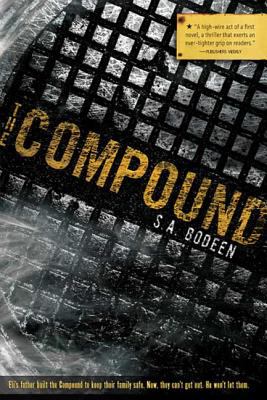 The Compound by S. A. Bodeen

After his parents, two sisters, and he have spent six years in a vast underground compound built by his wealthy father to protect them from a nuclear holocaust, fifteen-year-old Eli, whose twin brother and grandmother were left behind, discovers that his father has perpetrated a monstrous hoax on them all.