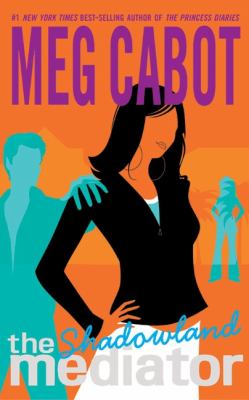 The Mediator Series by Meg Cabot

After moving from New York to California with her newly married mother, 16-year-old Susannah has to cope not only with her new stepbrothers, but also with the handsome ghost sitting in her new bedroom and the angry girl ghost haunting her new school. Suze is a mediator, a liaison between the living and the dead. In other words, she sees dead people. And they won't leave her alone until she helps them resolve their unfinished business with the living. But Jesse, the hot ghost haunting her bedroom, doesn't seem to need her help. Which is a relief, because Suze has just moved to sunny California and plans to start fresh, with trips to the mall instead of the cemetery, and surfing instead of spectral visitations. But the very first day at her new school, Suze realizes it's not that easy. There's a ghost with revenge on her mind, and Suze happens to be in the way.