March 14, 2017
Cold-Case Christianity Book Review
A couple months ago I went to an event at a church where they talked about teens believing in God. In this event, there was a man named Jim Warner Wallace. He described himself as a former cold case detective, which means he solved cases that had been dead for many years. He also said he was a former atheist because that’s how he grew up. Until he decided to put his problem-solving talent into investigating the Bible, and that is how he became a Christian. He wrote two books one called Cold Case Christianity and the other God’s Crime Scene, and I purchased them both and got them signed. I also got to talk to him for like 10 minutes about the field he’s in, because I’m very interested. The experience was amazing and I’m glad I got to take some of that home with me, and here is some of what I encountered while reading this book.
In Cold-Case Christianity, J. Warner Wallace took some of his real life detective experiences and applied them to this book. He investigated the finest details of the New Testament and checked if they made sense to the science and fact-based point of view. Some of the things he looked at were to see if the apostles could’ve written the gospels and how and when they wrote them. There’s also many scientific facts he looked at to see if they were possible. One of them that stuck with me was the fact that blood and water came out of Jesus’ side. Wallace says this is a pericardial effusion, which could be caused by the shock of the flogging or by being pierced by a spear. He also said that this was a great observation from the apostles considering they weren’t doctors or knew anything about that. This is just one of the many great things he has brought to attention to take a deeper look at. This book was also featured in the movie God's Not Dead 2, as well as Wallace, so he obviously knows what he's talking about.
Overall this is a great book if you’re looking to strengthen your faith in God. If you’re interested in detective type work, this may also interest you as there is a lot of helpful information on the work of detectives. Even if you’re just looking for a good read check this book out, there’s a little bit for everyone and it doesn’t hurt to learn something new. 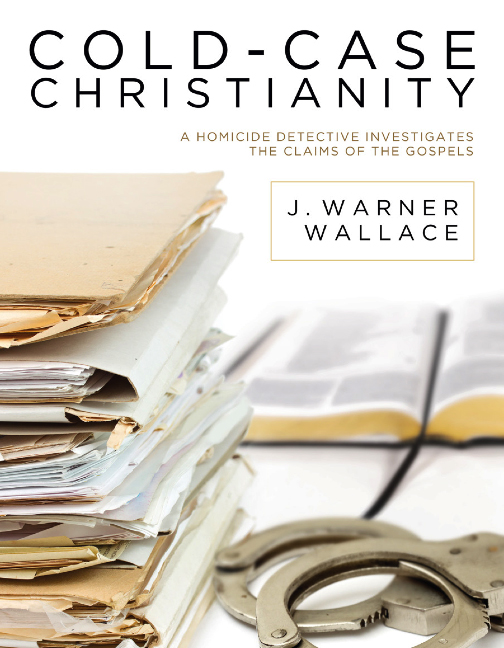 Did you enjoy this review? Would you like to submit your own review? Then please contact the Youth Services Librarian, Carrie Wilson @ carrie.wilson@TulareCountyLibrary.org for more information.