Driving by Starlight, by Anat Deracine 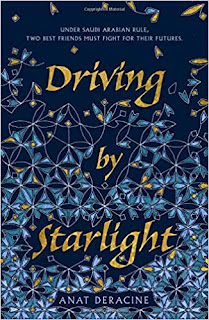 Sixteen-year-olds Leena and Mishie are best friends. They delight in small rebellions against the Saudi cultural police―secret Western clothing, forbidden music, flirtations. But Leena wants college, independence―she wants a different life. Though her story is specific to her world (a world where it's illegal for women to drive, where a ten-year-old boy is the natural choice as guardian of a fatherless woman), ultimately it's a story about friendship, family, and freedom that transcends cultural differences.

"The fast-paced narrative and unexpected twists make for an engaging yet educational novel with a powerful message about the complexities of being a woman in a man's world." ―Kirkus Reviews, starred review

"nuanced (even raw) characterization and a twisting plot make this narrative stand out." ―The Horn Book