The Handsome Girl & Her Beautiful Boy, by B. T. Gottfred


Everyone assumes that Zee is a lesbian. Her classmates, her gym buddies, even her so-called best friend. Even Zee is starting to wonder. Could they be onto something? 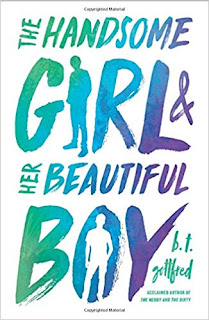 Everyone assumes that Art is gay. They take one look at his nice clothes and his pretty face and think: well, obviously.

But there’s more to Zee and Art than anyone realizes. What develops is a powerful connection between two people who are beautiful in all the ways they've been told are strange. As they explore their own complex relationships to gender, sexuality, and identity, they fall for the complexities they find in each other. With his trademark frankness, B. T. Gottfred delves inside both characters' heads in this story about love and living authentically.

In this big-hearted novel, Gottfred explores the fluidity of gender and sexuality . . . and the many nuances of attraction." ―Publishers Weekly, starred review