A young man searches for answers after the death of his brother at the hands of police in this striking debut novel, for readers of The Hate U Give. 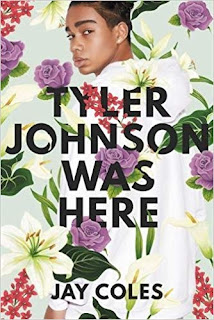 When Marvin Johnson's twin, Tyler, goes to a party, Marvin decides to tag along to keep an eye on his brother. But what starts as harmless fun turns into a shooting, followed by a police raid.

The next day, Tyler has gone missing, and it's up to Marvin to find him. But when Tyler is found dead, a video leaked online tells an even more chilling story: Tyler has been shot and killed by a police officer. Terrified as his mother unravels and mourning a brother who is now a hashtag, Marvin must learn what justice and freedom really mean.

Tyler Johnson Was Here is a powerful and moving portrait of youth and family that speaks to the serious issues of today--from gun control to the Black Lives Matter movement.

* "This well-written, fast-paced story eloquently addresses how to grieve, plan, and participate in the burial of a loved one....[A] standout debut."―School Library Journal, starred review

* "Unforgettable....Coles' exploration of brotherhood, grief, friendship, and familial ties is as moving and relevant as its exploration of racism."―Booklist, starred review

"A distressing yet empowering portrait of a black teenager confronting relentless racism, brutality, and tragedy."―Publishers Weekly