Jason Wilder is in permanent in-school suspension for fighting. 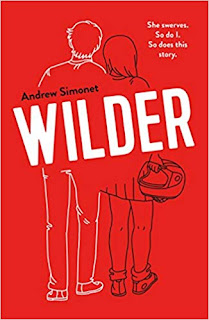 Meili Wen gets there by breaking a girl’s finger. Jason and Meili don’t just connect; they collide. Two people who would never cross paths―outsiders from radically different backgrounds―they form an exhiliarating, unpredictable bond. When circumstances push, they push back. There’s no plan. And there’s no stopping.

"Simonet's plotting is superb, and he sharply writes two unique characters, whose sparring will be as exciting to readers as it is to Jason and Meili. A fresh story, boldly told." ―Booklist, starred review


"Simonet holds his cards very close to the vest throughout the narrative, creating Jason as a credible and sympathetic victim of some pretty rough circumstances as well as a righteous defender of endangered women. [A] suspenseful read a psychologically haunting finish." ―The Bulletin of the Center for Children's Books


"Instead of delivering a clear-cut moral and tidy resolution, debut author Simonet leaves readers to decide whether Jason’s actions are justified and whether he is a criminal, a hero, or a victim." ―Publishers Weekly