Some of the prettiest flowers have the sharpest thorns. 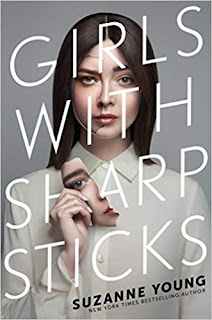 The Girls of Innovations Academy are beautiful and well-behaved—it says so on their report cards. Under the watchful gaze of their Guardian, they receive a well-rounded education that promises to make them better. Obedient girls, free from arrogance or defiance. Free from troublesome opinions or individual interests.

But the girls’ carefully controlled existence may not be quite as it appears. As Mena and her friends uncover the dark secrets of what’s actually happening there—and who they really are—the girls of Innovations Academy will learn to fight back.

"The story presents a clear, overt examination of gender and power, and it’s a carefully constructed one, highlighting the complexities of a patriarchal system that is so ingrained and so absolute that even the most well-intentioned men and women unwittingly uphold it. . . . A timely, perceptive read, this will leave readers, especially those grappling with the implications of the #metoo era, anxious for the sequel."   (BCCB)